1Profinet /Industrial Ethernet :- PROFINET
IO uses traditional Ethernet hardware and software to define a network that
structures the task of exchanging data, alarms and diagnostics with
Programmable Controllers and other automation controllers. PROFINET is
communicating fastest up to 100MBPS speed. Industrial
Ethernet is just as it sounds – Ethernet applied to an industrial setting,
which often requires more rugged connectors, cables and – most importantly –
better determinism. Industrial Ethernet uses specialized protocols in
conjunction with Ethernet. The more popular Industrial Ethernet protocols are
PROFINET, EtherNet/IP, EtherCAT, SERCOS III and POWERLINK. With Industrial
Ethernet, data transmission rates range from10 Mbits/s to 1GBPS. However, 100
Mbit/s is the most popular speed used in Industrial Ethernet applications.
2 Profibus :-  The PROFIBUS (Process Field Bus) is qualified
for the networking of complex devices with its multi master protocol . The
PROFIBUS is named after DIN 19245, where it extends its user range from the
field level to the process control level. In principle it is applicable with
its protocol profile PROFIBUS-DP (Distributed I/O) down to the sensor/actor
level.
PROFIBUS has two type protocols
Profibus
DP (Decentralize Peripherals) 9.6Kbps to 12 Mbps Speed
Profibas
PA (Process Automation) 32 Kbps 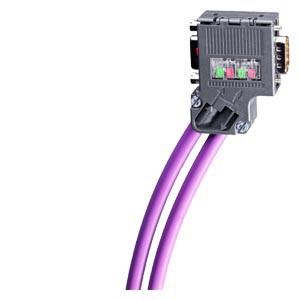 3 AS-I : The AS-I (Actuator Sensor
Interface) is matched to the requirements in the lowest level . AS-I operates
actors and sensors with the first control level and replaces them with cable
harnesses, distributor cabinets and connecting terminal plates.  Since then, the AS-I is an open standard.  In the meantime, many manufacturers offer
intelligent, AS-I compatible actors and sensors in order to be able to transfer
more information than only 1/0.
AS-I is
especially easy in data manipulation. Field devices are simply clamped into cut
terminal technology on an unprotected 2 way conductive flat cable.  As a result, the installation can then be
accomplished by people without any expertise. 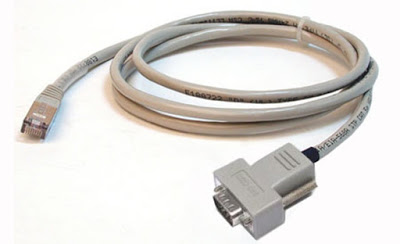 The
main advantage of the RTU mode is that it achieves higher throughput. ASCII
mode allows time intervals of up to 1 second to occur between characters
without causing an error. 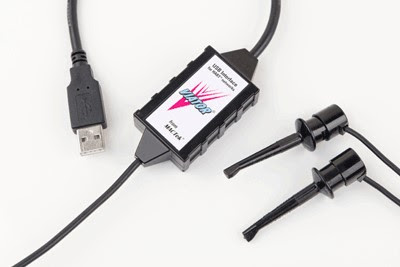 Figure 4. HART Modem Cable
The
digital signal conveys additional process variables, device status and
diagnostics information that can be routed to asset management, process control
and safety systems. This means that HART provides two simultaneous
communication channels on the same wire–the industry standard 4–20 mA channel
for fast, reliable and robust control (PV) and a digital channel for real-time
communication of additional process/device information.  HART (Hiway Addressable Remote Transducer)
protocol enhances these operations by transmitting digital data along with the
4-20 ma signal – without interfering with it.
CAN :– The CAN bus system
(Controller Area Network) was primarily developed by Bosch in cooperation with
Intel, in order to reduce cable harnesses in automobile building. CAN is
therefore very well suited for the networking of intelligent sensors and actors
within machines. In the CAN physical layer uses differential transmission on a
twisted pair wire.

7Field Bus :- Field Bus is a
bi-directional digital communication that interconnects smart field devices
to  control system or to instrument
located in the control room.  Field Bus
is based on the OSI (Open System Interconnect), which was developed by the ISO
(International Standard Organization) to represent the various functions
required in any Communication network.
It was
discovered by Indian Engineer Mr. Ram Ramchandran (M.S in Com Tech- Texas) The OSI
model consists of seven layers. However for real time application layers 3 to 6
are not considered since they deal with transference of data among networks.
For such application following layers are used:
·
LAYER 1 – PHYSICAL LAYER- Defines the type of
signal, transmitting medium, data transmission speed, etc.
·
LAYER 2 – DATALINK LAYER- Define the interface
between the physical layer and the application layer. It establishes  how the messages shall be structured and
normalizes the use of multiple masters.
·
LAYER 3 – APPLICATION LAYER- Defines how data is
specified, its addresses and its representation