PLC Ladder Program Example : How to Detect the size of each part and distribute it to the specified place.

Detect the size of each part and distribute it to the specified place. 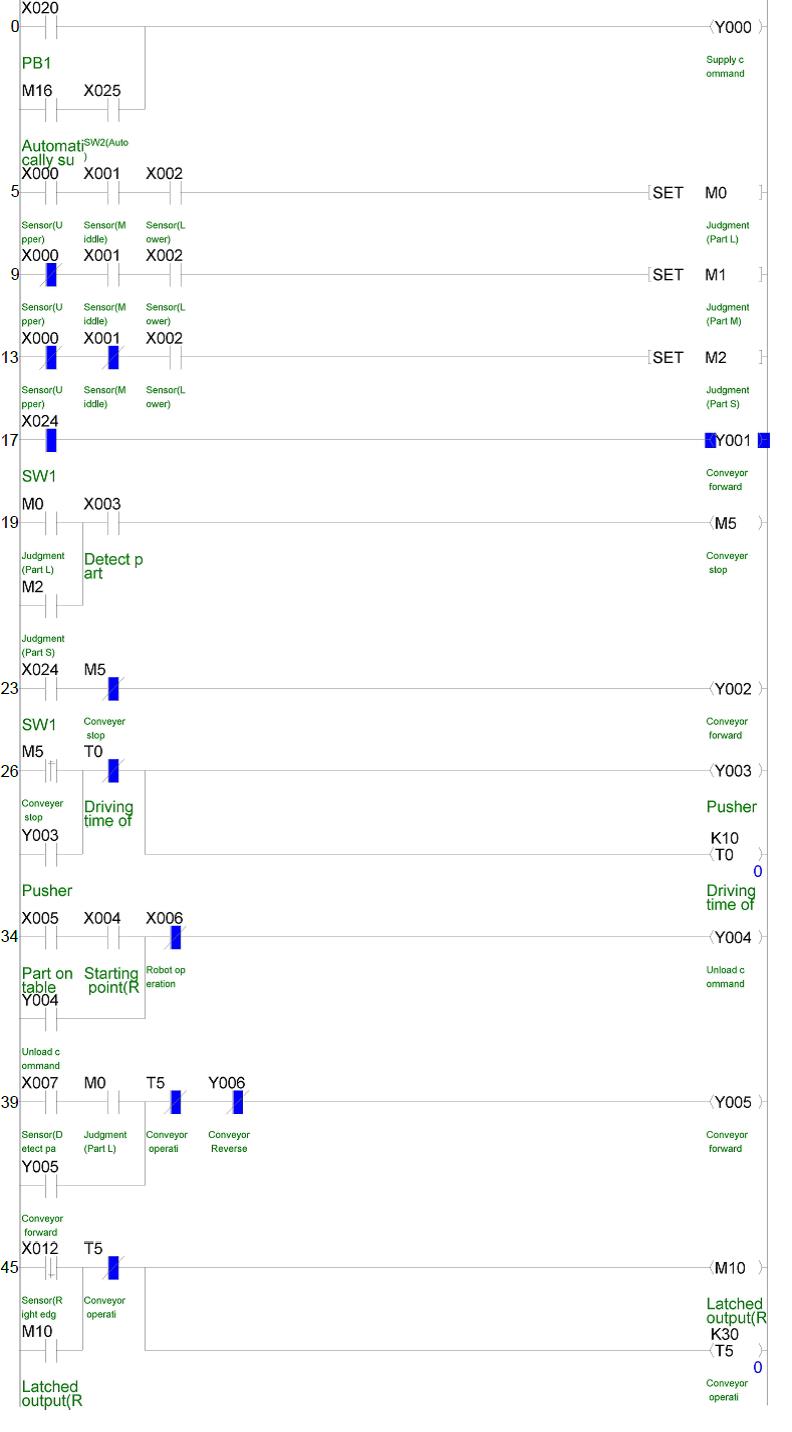 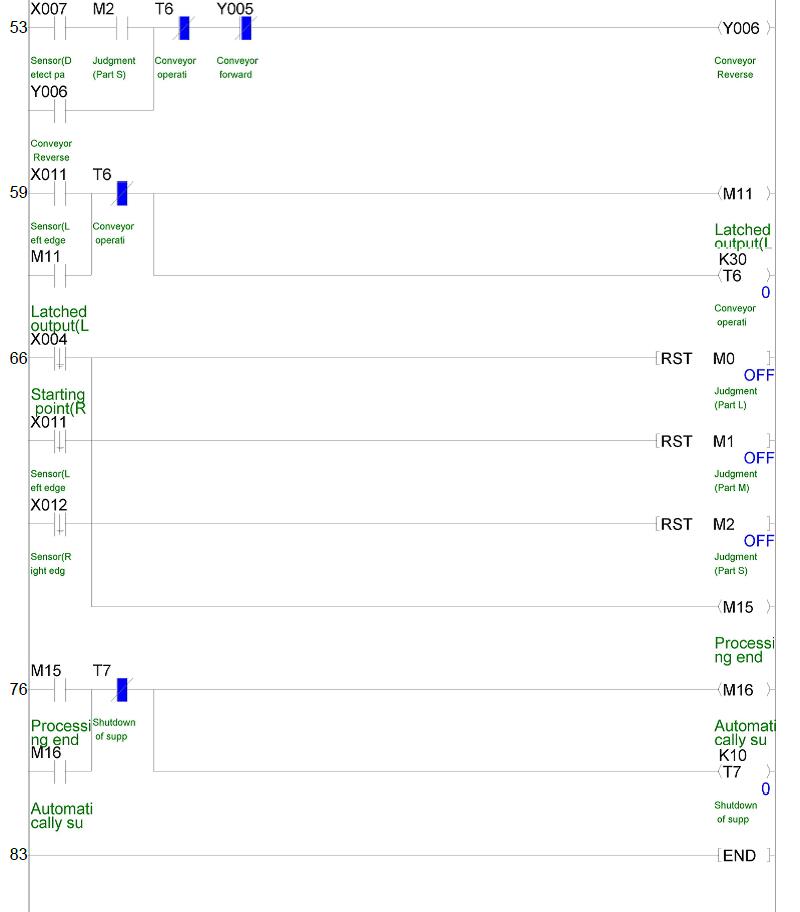